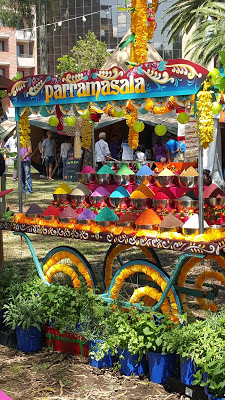 About a week ago I attended Parramasala. It’s an annual event held in Parramatta that celebrates diversity, particularly of the subcontinent region.

I thought I’d share some pictures on my blog, because it was a great example of how people can build bridges between different cultures and celebrate the good things they bring to each other.
I think the event was given more significance after some attacks on Indian students a number of years ago in Melbourne. Whilst there was an outcry and a lot of fear talk, there was also a great push to ensure relations were improved and solidified. A lot of projects to increase cultural exchanges between Australia and India were initiated or amplified. I remember attending a huge A. R. Rahman concert the year after as part of that initiative – it was fantastic! Creative and innovative ways to build bridges always means fun for the community!
Plus, who doesn’t want to see a Bollywood dance that even features Superman? 🙂