Cleanliness is next to…? 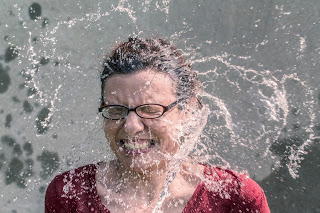 When thinking about cross-cultural communication, I bet you don’t think “how clean are they?” or “how clean am I?”…and if you do, that’s….unusual 😉

BUT concepts of cleanliness can have an impact on communication in subtle, and sometimes large ways. It is another one of those hidden factors under the surface of a culture that often gets looked over. It can subconsciously shape how we view others and therefore, how we might treat them or connect with them.

Think about it – if you come across someone acting in a way that you think is not clean, generally your opinion of that individual goes down a notch or two. Depending on the level of offensiveness, it may even go down more notches.

So what am I talking about exactly? Here are four practical examples:

In fact, in some cultures it is a normal part of conversation to ask “have you had a shower today?” because they shower so frequently – it’s in no way offensive to ask.

2) Shoes
Do you walk into someone’s house with shoes on, or do you leave them at the front door? Now in some cultures there is no hard and fast rule – it’s just up to the house owners and what they prefer. But in other cultures, it is strictly shoes at the door. They often have indoor shoes and outdoor shoes too.

3) Food
Where do you do all your cooking? In the kitchen inside your house? Think again. That is only the case for some cultures. In South East Asia, for example, they often have an indoor kitchen and an outdoor kitchen – anything that is particularly oily or fragrant (read – smelly!), is cooked in the outdoor kitchen. The indoor one is reserved for less messy foods, like rice.

4) Your…bathroom business end
😳 You’re now thinking, “What is she going to write about here?” Well, this is definitely not an obvious one, but some people clean up with toilet paper, and others clean up with water. Often, both think the other option is not as hygienic! Again, this is something that’s more likely to influence what you subconsciously think about a culture and people from that culture.

(Actually, now that I think about it, in some cultures, even mentioning your bathroom business is culturally inappropriate….apologies!)

The first step in all cross-cultural communication is self-awareness.

SO it is worth asking: